This is what we find in Genesis 6:8 KJV.

“But Noah found grace in the eyes of God!”

This is such an interesting statement. What makes it so interesting and profound is the context in which Noah found what he found when he finally looked into God’s eyes. Actually, Noah was able to see all the way into God’s heart when he looked into His eyes. God’s grace does not originate in the eyes of God but the heart of God.

The context is God was sorry that He had made mankind. The reason for God’s feeling the way He did was that His prized production became vile and violent.

“Then the Lord  saw that the wickedness of man was great in the earth, and that every intent of the thoughts of his heart was only evil continually.” [Verse 5]

To understand the veracity of this scene you must understand that Noah was included in God’s description of the condition of mankind. 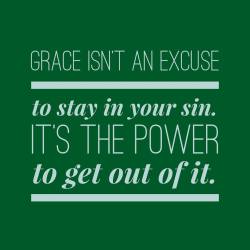 What caused Noah to look into God’s eyes when he and every other person were only interested in living their life so loosely?

I believe that we find the answer in verse 3. “But My Spirit will not strive with man forever.”

God, by His Spirit was striving with every man, but only Noah responded to God’s striving. The word striving has to do with contending with, working with, judging in the sense of acting as an umpire. An umpire oversees sports events letting the participants know what is safe and what is out, what is fair and what is foul. Striving also means to plead with and to vindicate.

What we discover in this verse is that God will, after every effort is exhausted, cease to work with man to get him to change the direction he is heading in that is contrary to God’s heart for him. Noah must have submitted to God’s dealings with him, and by submitting to God he discovered and accessed the part of God’s character [grace] that empowered him to live totally for God.

Noah’s name means rest. Noah finally stopped his striving against God and rested in the nature of God. When we find the rest of God we will discover the rest of God.

What was the evidence that Noah found grace in God’s eyes? He began working with God! Noah cooperated with God and as a result of his submitting to God, God was able to co-mission him in the primary mission to save mankind from themselves.

God’s grace enabled Noah to work for and with God, not against God! Somehow work has become a four letter word in some ‘grace’ circles. Well meaning people, I am sure, reduce grace to the ability to decide they don’t have to work, or to be productive. In other words, they have deduced that God is a-okay with their laziness and or sinfulness.

We must realize that work is not a part of the curse that resulted from Adam and Eve’s sin. Unproductive work is a result of the curse.

Work is a part of creation and God’s redemptive purposes for the earth!

Verse 8 – “The Lord God planted a garden eastward in Eden, and there He put the man whom He had formed.”

Verse 15 – “Then the Lord God took the man and put him in the garden of Eden to tend and keep it.”

That’s something isn’t it?